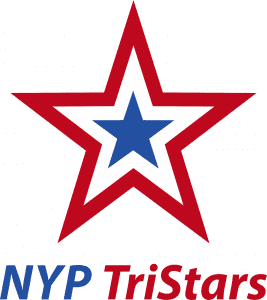 The club will be called NYP TriStars and will be affiliated to British Triathlon Federation.

The aims and objectives of the club will be:

To offer coaching and competitive opportunities in Triathlon.

Membership should consist of officers and members of the club. All members will be subject to the regulations of the constitution and by joining the club will be deemed to accept these regulations and codes of practice that the club has adopted.

Membership and subscription fees will be set annually and agreed by the Management Committee or determined at the Annual General Meeting. Fees will be paid annually or monthly.

Officers will be elected annually at the Annual General Meeting. All officers will retire each year but will be eligible for re-appointment. The officers of the club will be:

The club will be managed through the Management Committee consisting of:

The following financial rules apply to the club:

All concerns, allegations or reports of poor practice/abuse relating to the welfare of children and young people will be recorded and responded to swiftly and appropriately in accordance with the club’s child protection policy and procedures. The club Welfare Officer is the lead contact for all members in the event of any child protection concerns.

All complaints regarding the behaviour of members should be presented and submitted in writing to the Secretary.

The Management Committee will meet to hear complaints within 14 days of a complaint being lodged. The committee has the power to take appropriate disciplinary action including the termination of membership.

The outcome of a disciplinary hearing should be notified in writing to the person who lodged the complaint and the member against whom the complaint was made within 14 days of the hearing.

There will be the right of appeal to the Management Committee following disciplinary action being announced. The committee should consider the appeal within 14 days of the Secretary receiving the appeal.

A resolution to dissolve the club can only be passed at an AGM or EGM through a majority vote of the membership. In the event of dissolution, any assets of the club that remain will become the property of NYP Tri (or failing that, Triathlon England).

The constitution will only be changed through agreement by majority vote at an AGM or EGM.

NYP TriStars hereby adopts and accepts this constitution as a current operating guide regulating the actions of members.